Lou Retires and colleagues contribute to Re-Tyring his Hillman 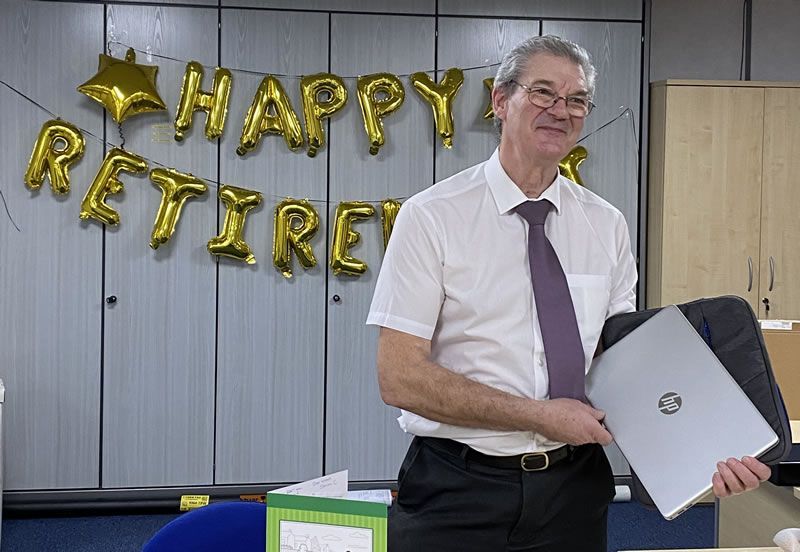 One of Stertil UK’s long-serving employees has retired just one day before his 66th birthday.

A draughtsman by trade, Lou Webster joined Stertil in 2002 and has been responsible for the ongoing development of both standard and bespoke project drawings. Throughout almost 20 years, Lou has worked closely with main contractors and subcontractors from associated industries involving precast concrete, cladding and steel suppliers.

Lou’s work colleagues at Stertil all attest to his professionalism and his willingness to go the extra mile – often into the early hours – to assist the sales team and customers in meeting tight deadlines. He also handled every task with a smile on his face and is well regarded by colleagues as a true gentleman.

Away from the workplace, Lou has a keen interest in motorsports – particularly hill climbing – and he owns a Hillman Imp that he used to race.

Fellow employees and Stertil contributed to Lou’s retirement gifts which included a new laptop and cash that he plans on using to buy new tyres for his Hillman.